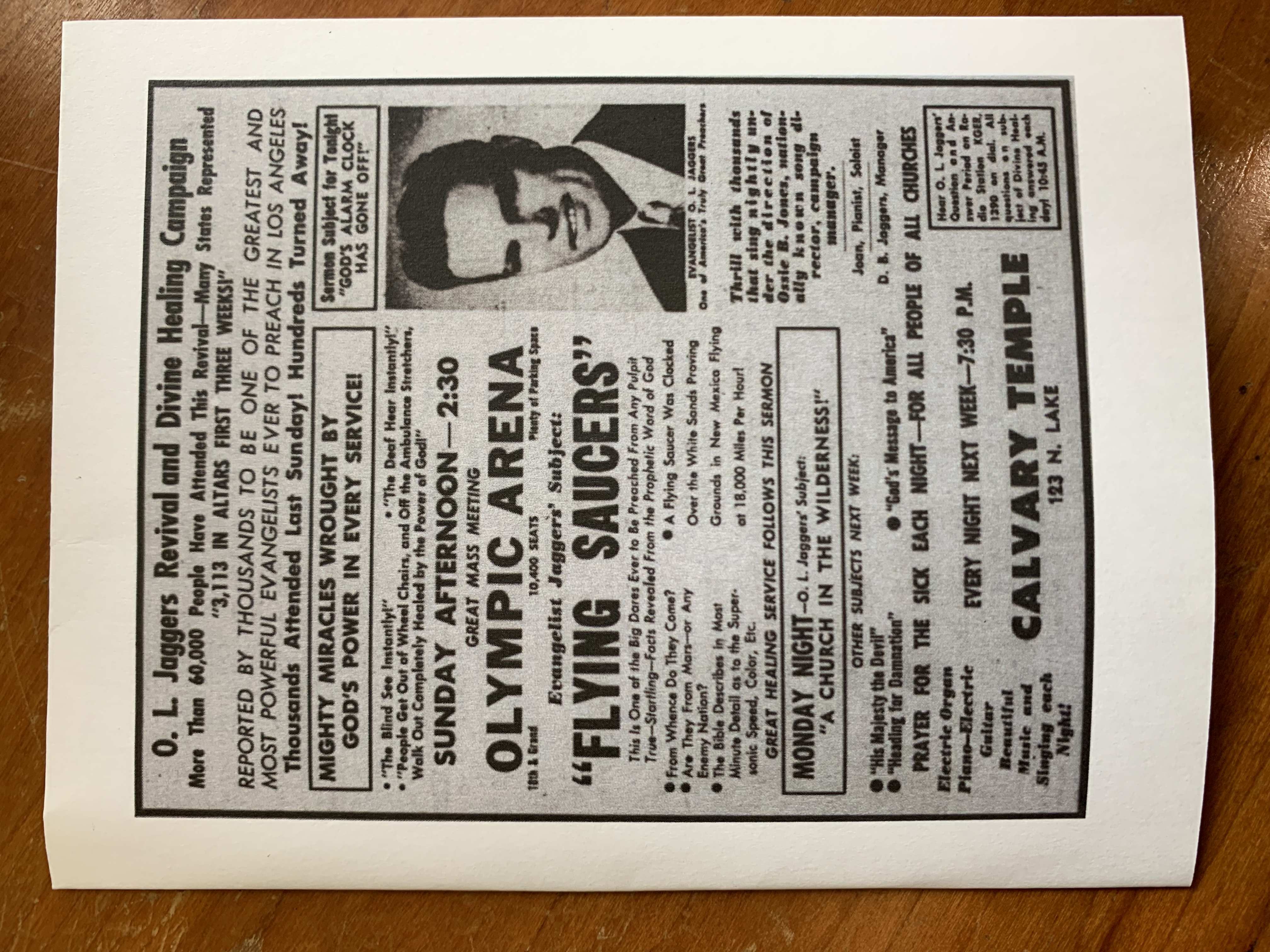 On September 12, 2020, Lair No. 3 of the RR&R gathered under a canopy tent on the lawn of Huntingdon Valley Presbyterian Church to hear Dan Bramer's Rascal Challenge.  Bramer had received his challenge to find the interesting thing in "UFOs in Religious History" way back in 2019, but as the meetings of the first two quarters of 2020 were canceled because of the COVID-19 pandemic, it wasn't until this, the third quarter 2020 meeting, that he was able to present.  In view of the COVID threat, the meeting was held in the open air, under a canopy tent. A total of 19 men gathered and Bramer knocked it out of the park with a close examinating of accounts of UFOs in Ezekiel and in certain Hindu texts. Dinner was delivered from Iron Hill Brewery. Four men joined the meeting via Google Meets -- a first in RR&R history.

Bramer's paper, "UFOs in Religious History", was published in Occasional Papers (vol. 2020 no. 1) of the Doylestown Institute.

Among those present at this meeting were: 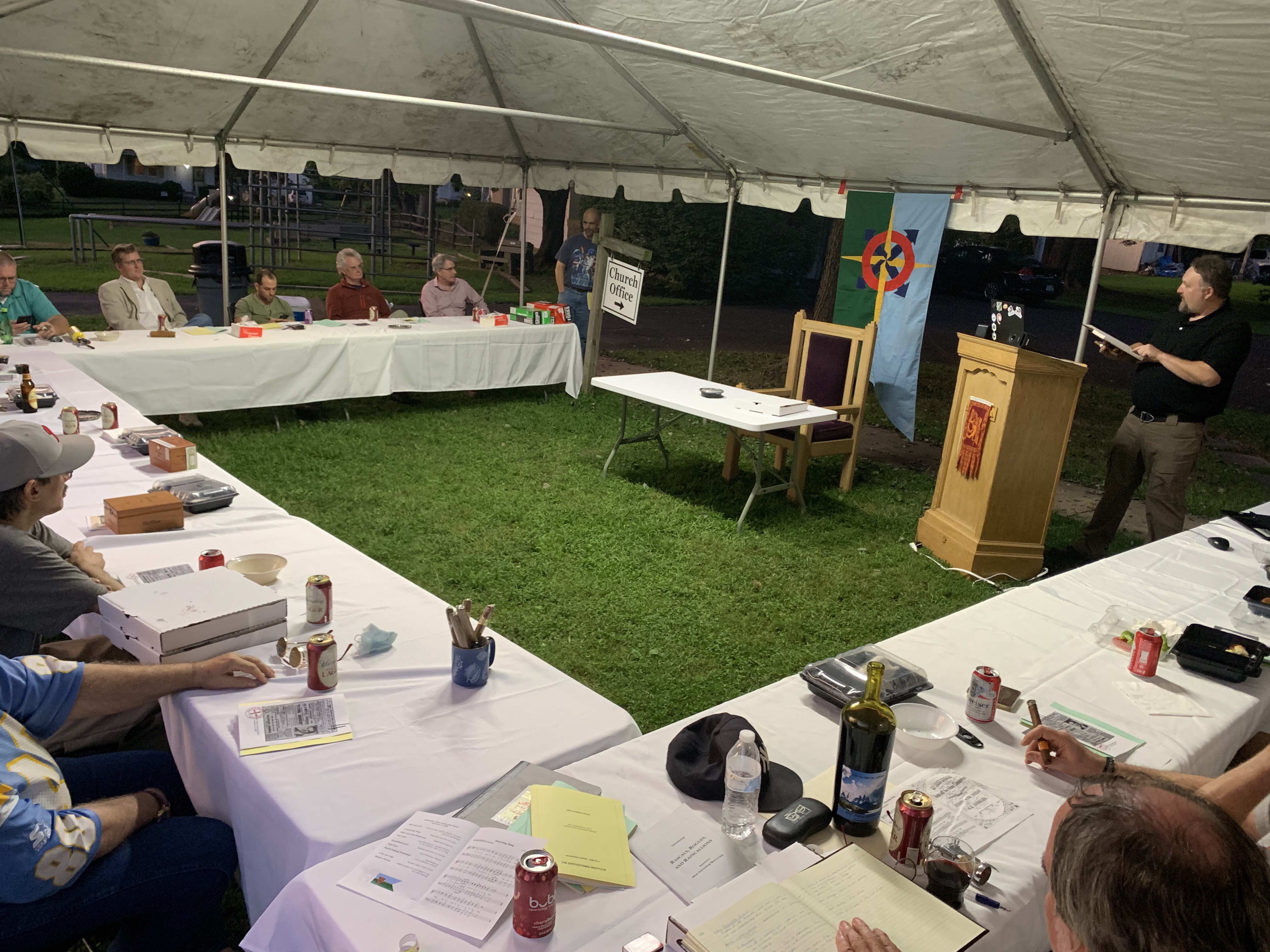 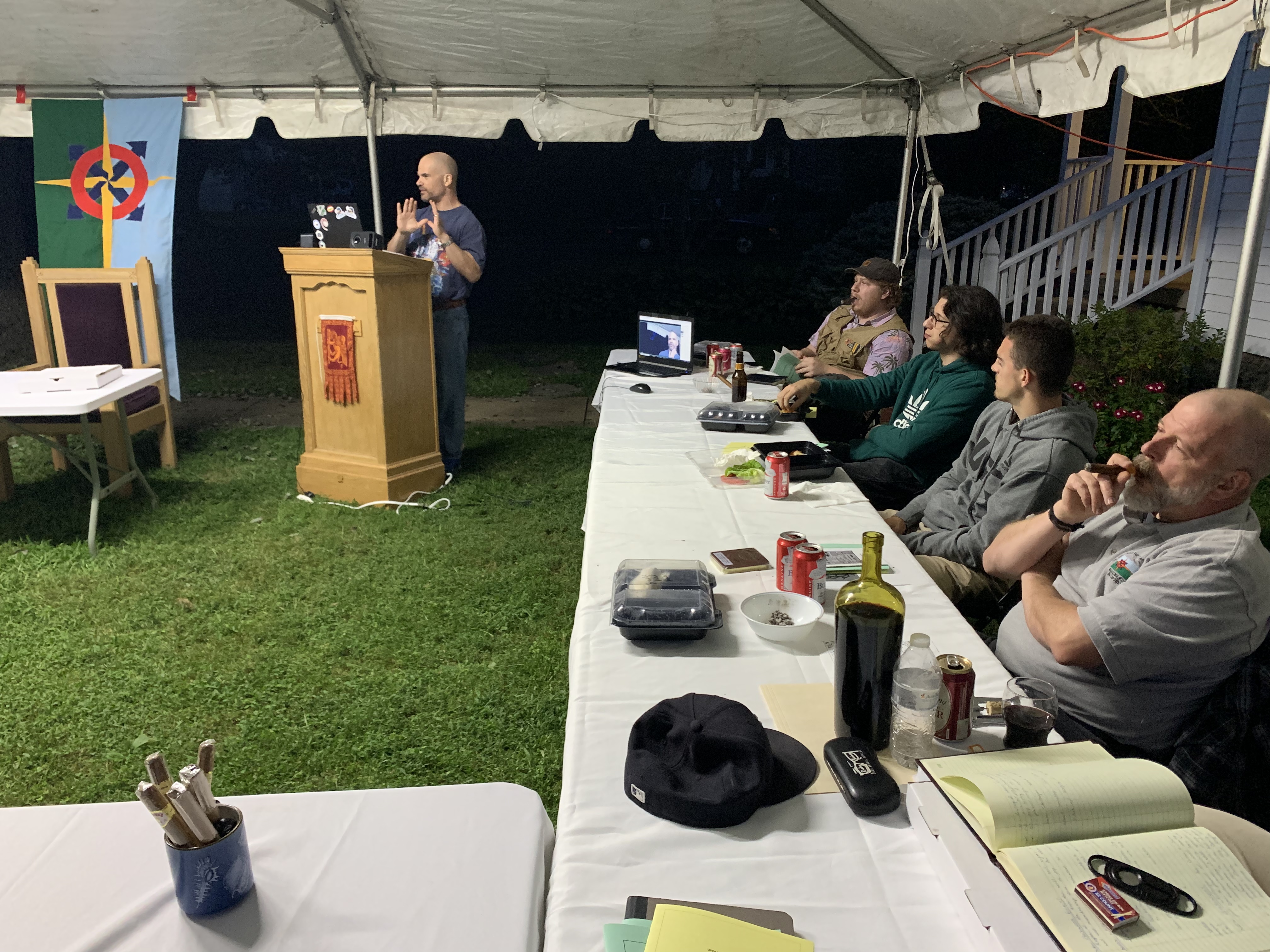 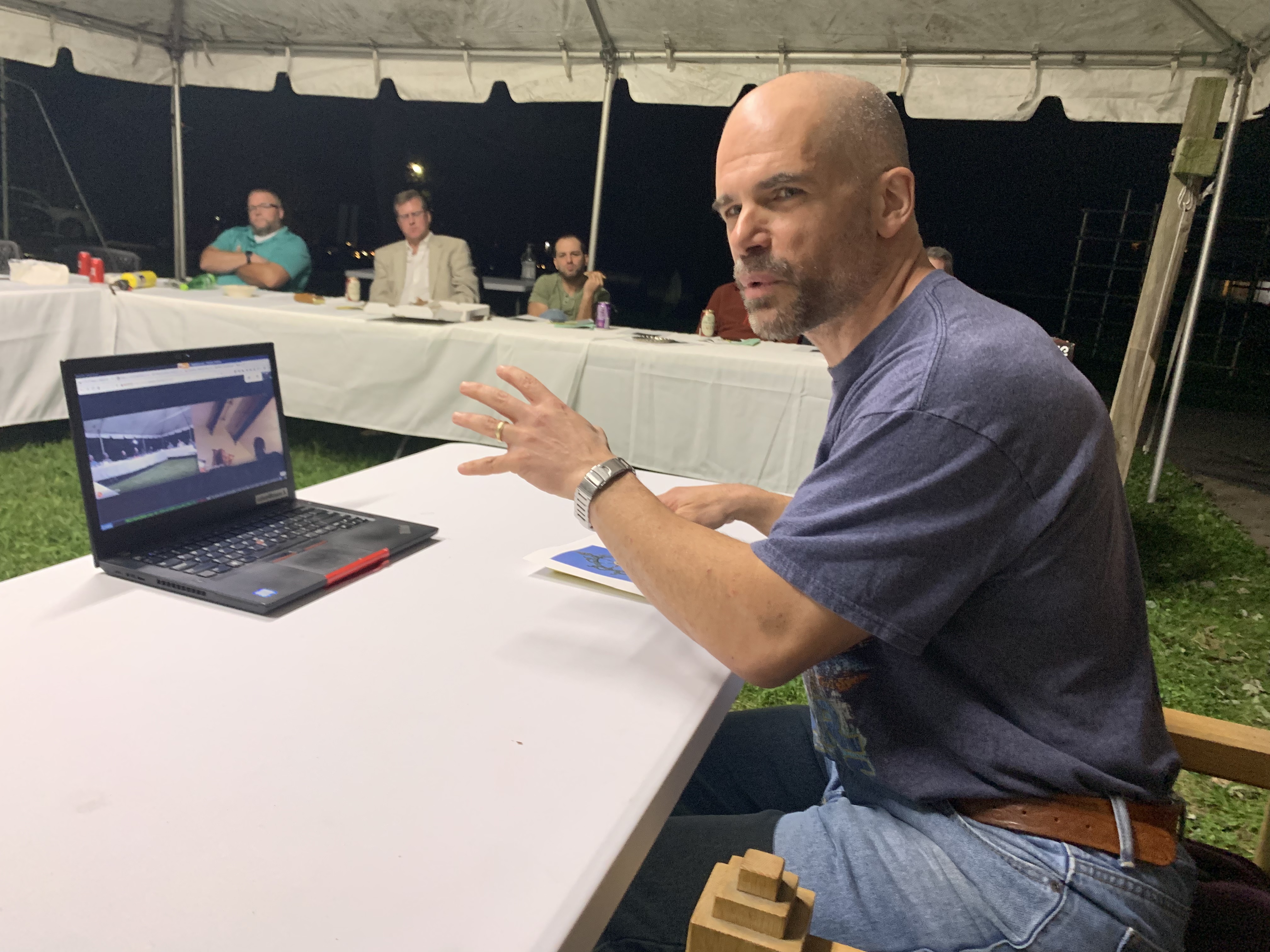 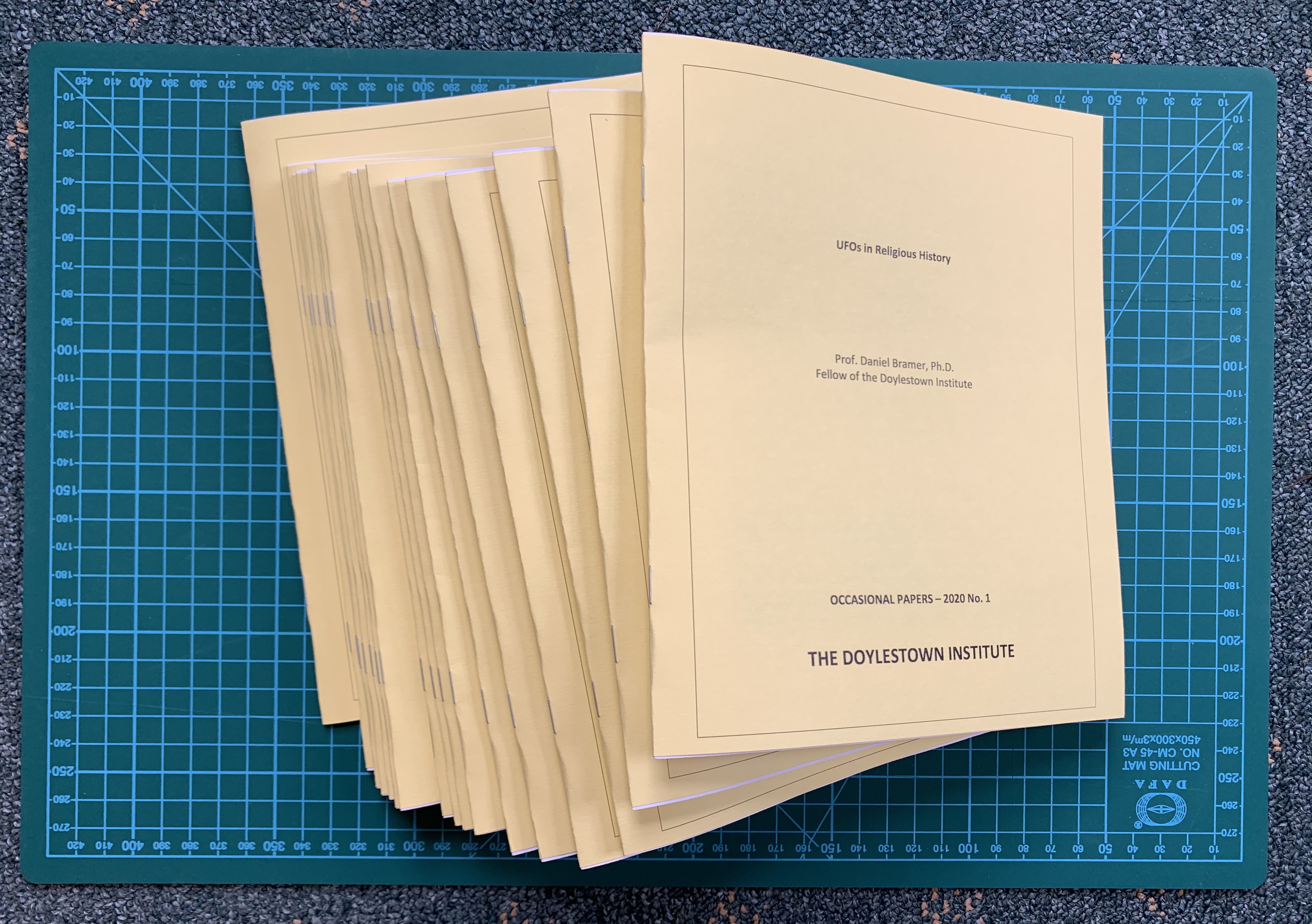 Copies of Occasional Papers of The Doylestown Institute. 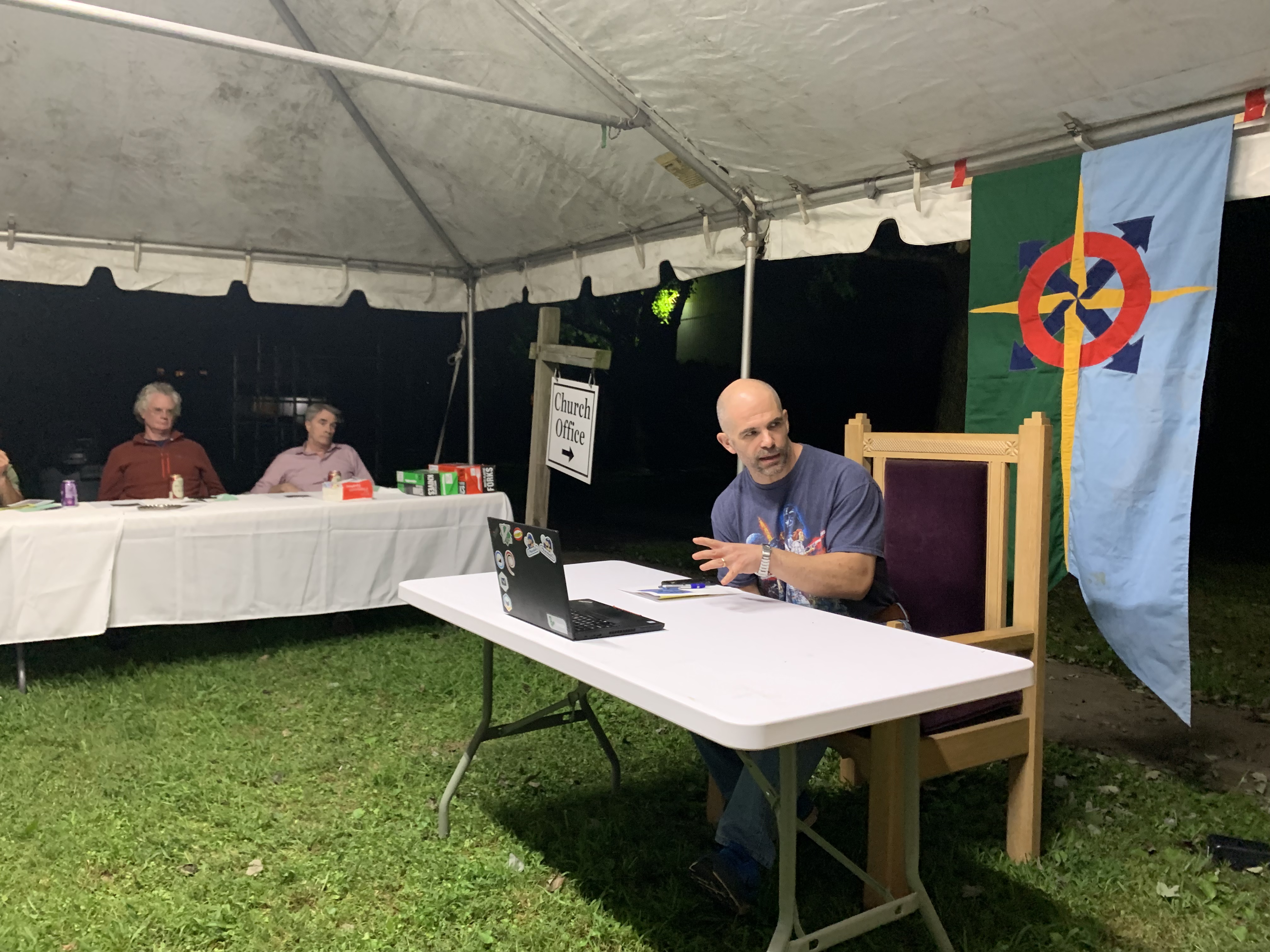 Dan Bramer in the Rascal Challenge hot seat.  Behind him are Sam Wood and George Hindley. 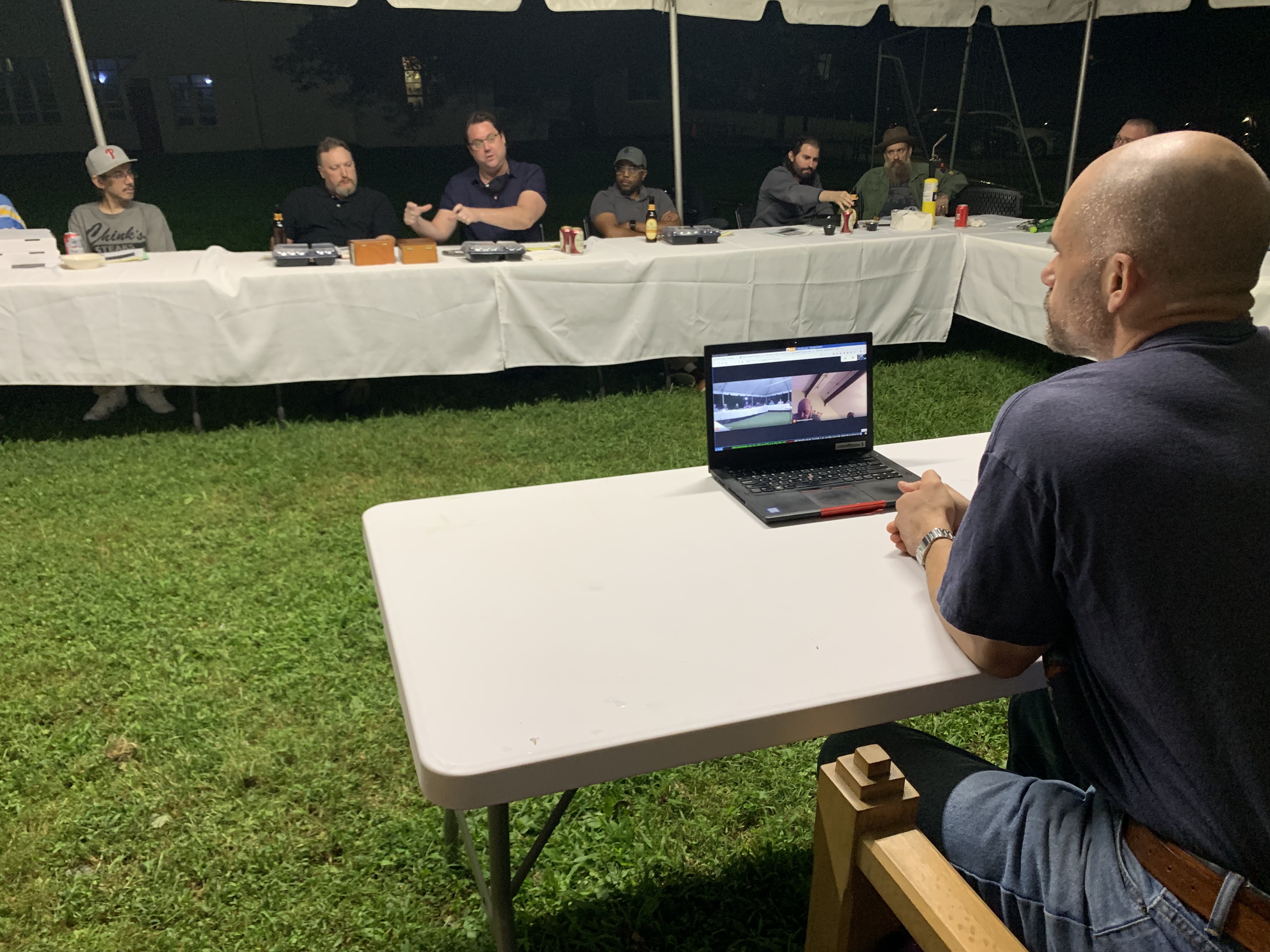 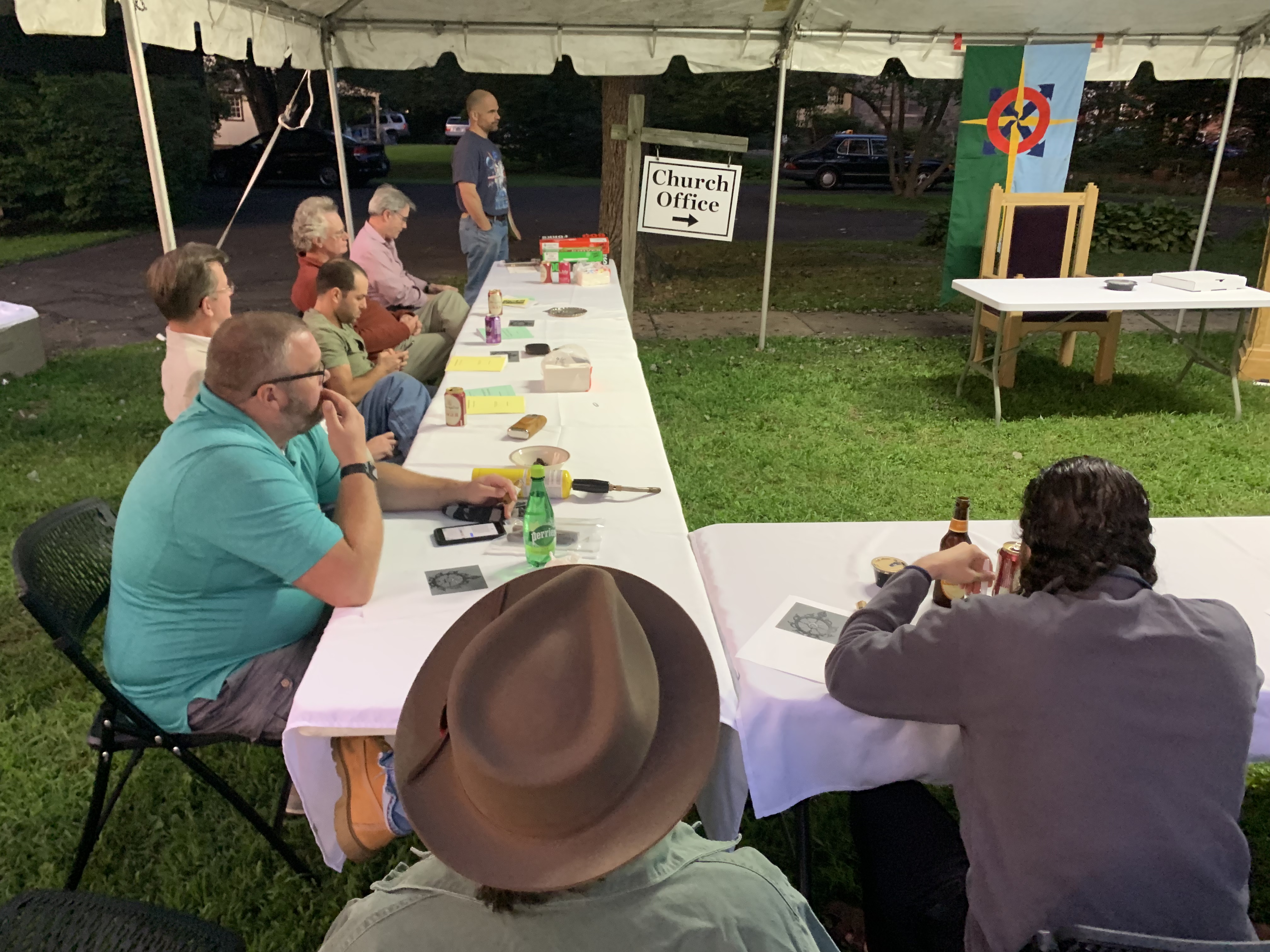 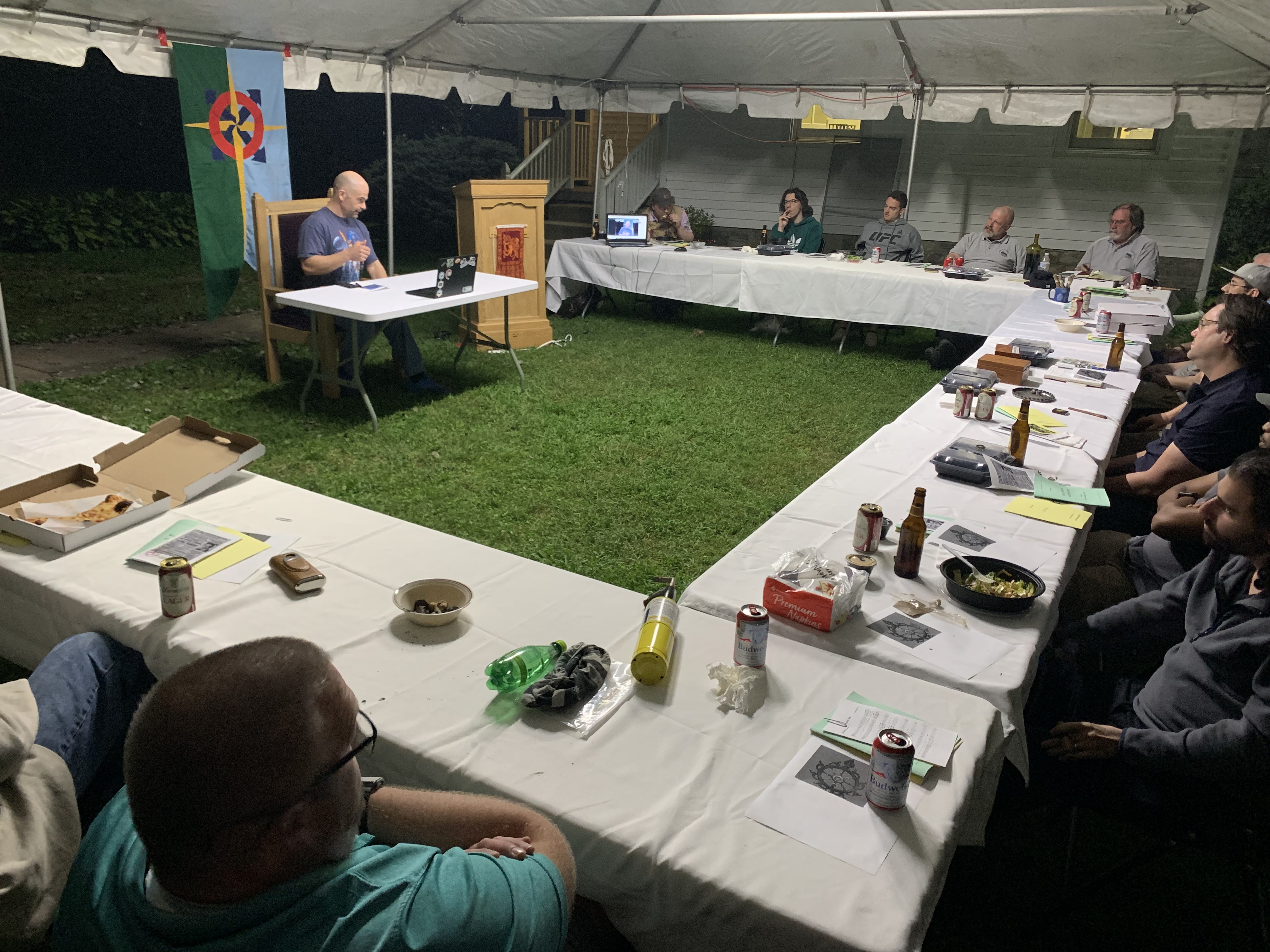 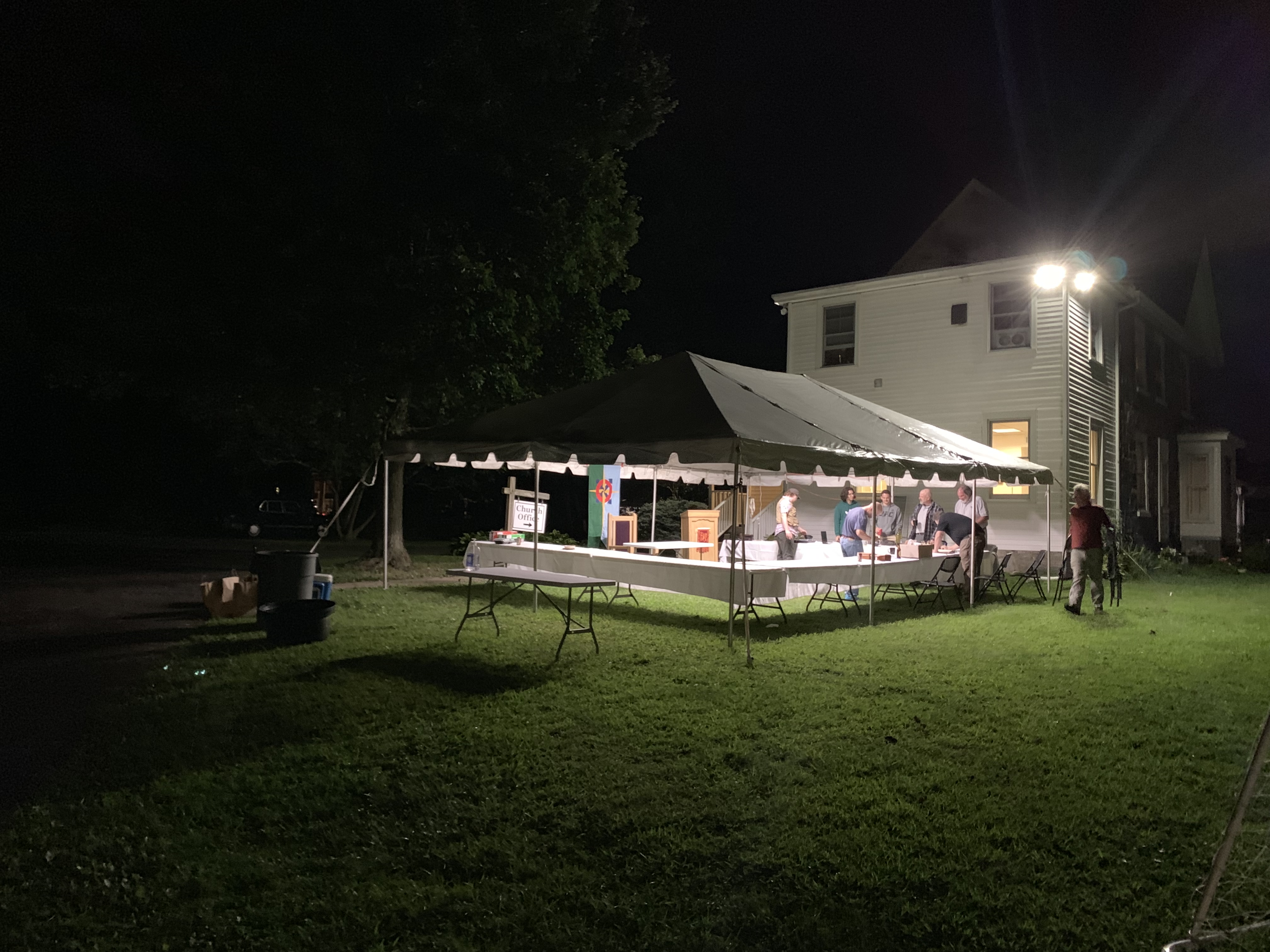 Meeting disperses and it's time to clean up.

Meetings of Lair No. 3
Ephorate Home