of Chongshin University and Theological Seminary

Assigned positions in other organizations :

Chairperson of the Board of North & South Love Network (2013.12-present) 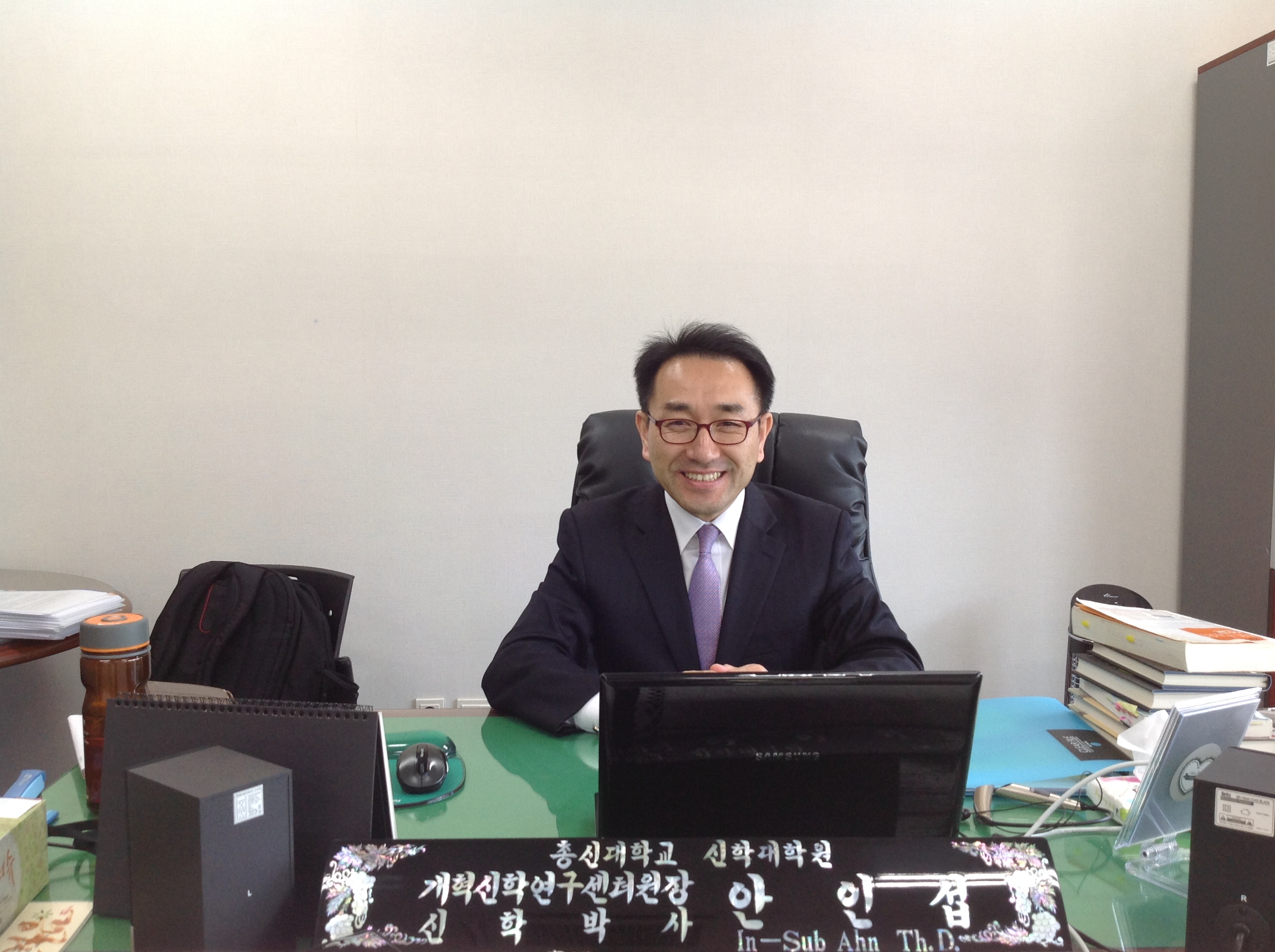 He received Ph.D. degree at the Theological University of Kampen, The Netherlands, in August 29, 2003.
The title of Ph.D. : "Augustine and Calvin about Church and State: A Comparison."

(Theol. Dr. of the Theological University of Kampen, The Netherlands) 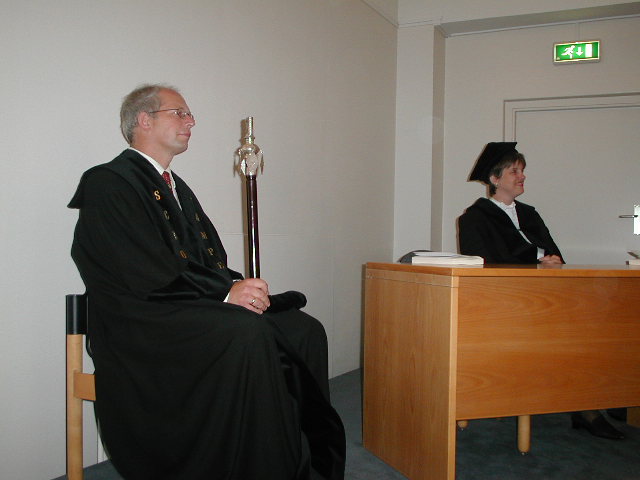 The title of his Drs.(Th.M.) Thesis was "Calvin's Use of Augustine's Ideas about Church and State"; it was carried out under the guidance of Prof. dr. Auke J. Jelsma.
He embarked on his research in January 1998. In September 1999 he graduated with a Master of Theology (Th.M.) degree at ThUK.
He was invited to accept a research position in Church History at the Theological University of the Reformed Churches in Kampen (ThUK), the Netherlands, with a full scholarship.

From 1992 to 1995 he studied Theology at the Presbyterian General Assembly (Chongshin) Theological Seminary in Korea, graduating with a Master of Divinity (M. Div.).
He studied History at Korea University in Seoul between 1985 and 1989, graduating with a Bachelor of Arts (B.A.).

Born in Namyangju, South Korea on the 5th of October 1965, In-Sub Ahn is an ordained pastor of the Presbyterian Churches in Korea(GAPCA).

He is married to Dr. Mi-Rang Kang since 1995, who also received Th.M and Ph.D. in Practical Theology (Christian Education) at the same University (ThUK).

This is Dr. Mi-Rang Kang's Dissertation.

Her speicial ares are the Christian Education and Catechism.

“Calvin's Use of Augustine in his view on Church and State, Intercultural Student of Augustine,” in: Calvinus Frater in Domino: Papers of the Twelfth International Congress on Calvin Research, Reformed Historical Theology Vol. 65 (2020), pp. 103-124.

​“The Presbyterian Churches of (South) Korea and the Reunification Issue - A Matter of Reconciliation,” in: Contact Zone. Explorations in Intercultural Theology vol. 1 (2009). pp. 85-95.

"A Historical Development of the Relationship between the South and the North Korean Protestant Churches from 1945 to the Beginning of 21st Century,” in: Chongshin Theological Journal vol. 13 (2008), pp. 168-187.

( Korean with an English abstract )

"Theological foundation of Calvin's view of Church and State: Centered on controversy with a certain Dutch an Dirck Coornhert(1522-1590)," Korea Reformed Theology, vol. 55 (2018), pp. 8-39. (published in Korean with an English abstract).

"Belgic Confession on the State and Studies on the Relationship between Church and State shown in the Independence of the Netherlands," Bible and Theology, vol. 82 (2017), pp. 179-214. (published in Korean with an English abstract).

“A Study on the Perspective of the Reformed Theology for the Formation of Reunification Theology: Centering on Augustine(354-430),” Korea Reformed Theology, vol. 53 (2017), pp. 198-222. (published in Korean with an English abstract).

"Calvin's Use of Augustine in his view on Church and State: Calvin, Intercultural Student of Augustine," 12th International Congress on Calvin Research (Philadelphia, 2018. 8.26-30).

"The Church and State revisited: From Calvin to Calvinism: A Comparative study of Calvin and the Belgic Confessions(1561)," Refo500 Asia Conference: Remembering and Resignifying 500 Years of Reformation (Chongshin University, Seoul, Korea, 2017. 11.)

"Calvin's Theology on the Multi-Cultural Church of Geneva and its Reflection on the Korean Context," Church Life in an urban secular and multi religious context, organized by Protestant Theological University, The Netherlands (Hongkong, 2012. 11. 15-11. 18).

​"The 7th International Conference of North-East Asia Council of Studies of History of Christianity," The Comparative Study of the Christian Movement in North-East Asia (Central China Normal University, Wuhan, China, 2009. 8. 24-8.26).

​"A Development of the Viewpoint of the Presbyterian Churches of South Korea toward North Korea," Congress Kampen Theological University 1854-2004 (Kampen, The Netherlands, 2004.9.1.-9.4).

​"The development of Augustine's idea on Church and State - centering on his interpretation of Dan 2: 31-45," (The Netherlands School for Advanced Studies in Theology and Religion) Annual Conference (Amsterdam, 2001 11.2.)