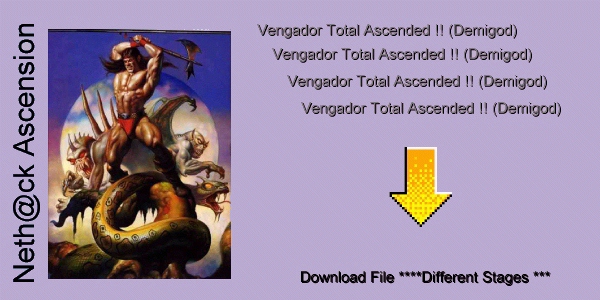 My Character is a Barbarian called "Vengador Total" (Total Avenger), who descend to the dungeons to revenge the death of Pablo Belardini and Ruben (me), and of course recover the amulet !!!